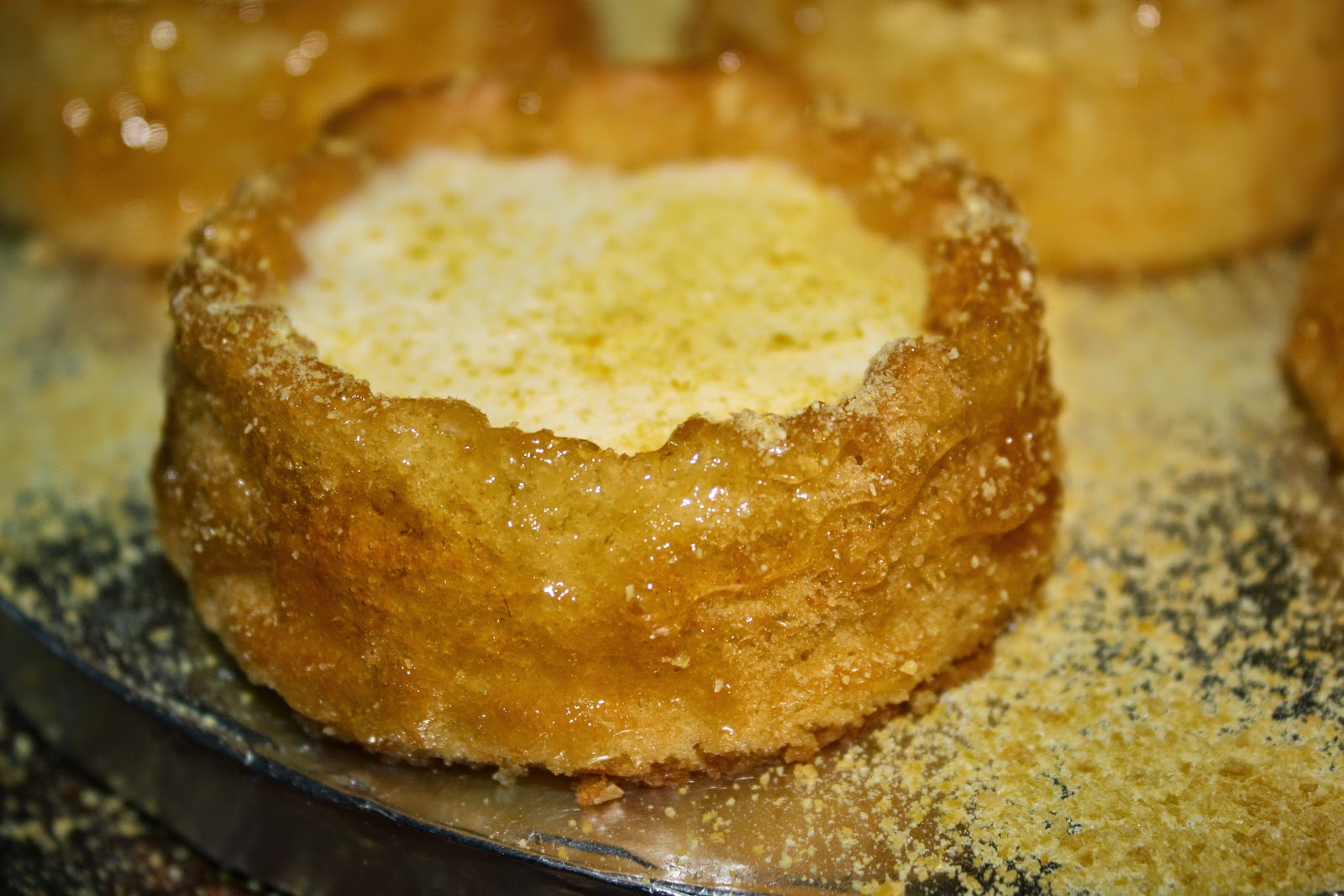 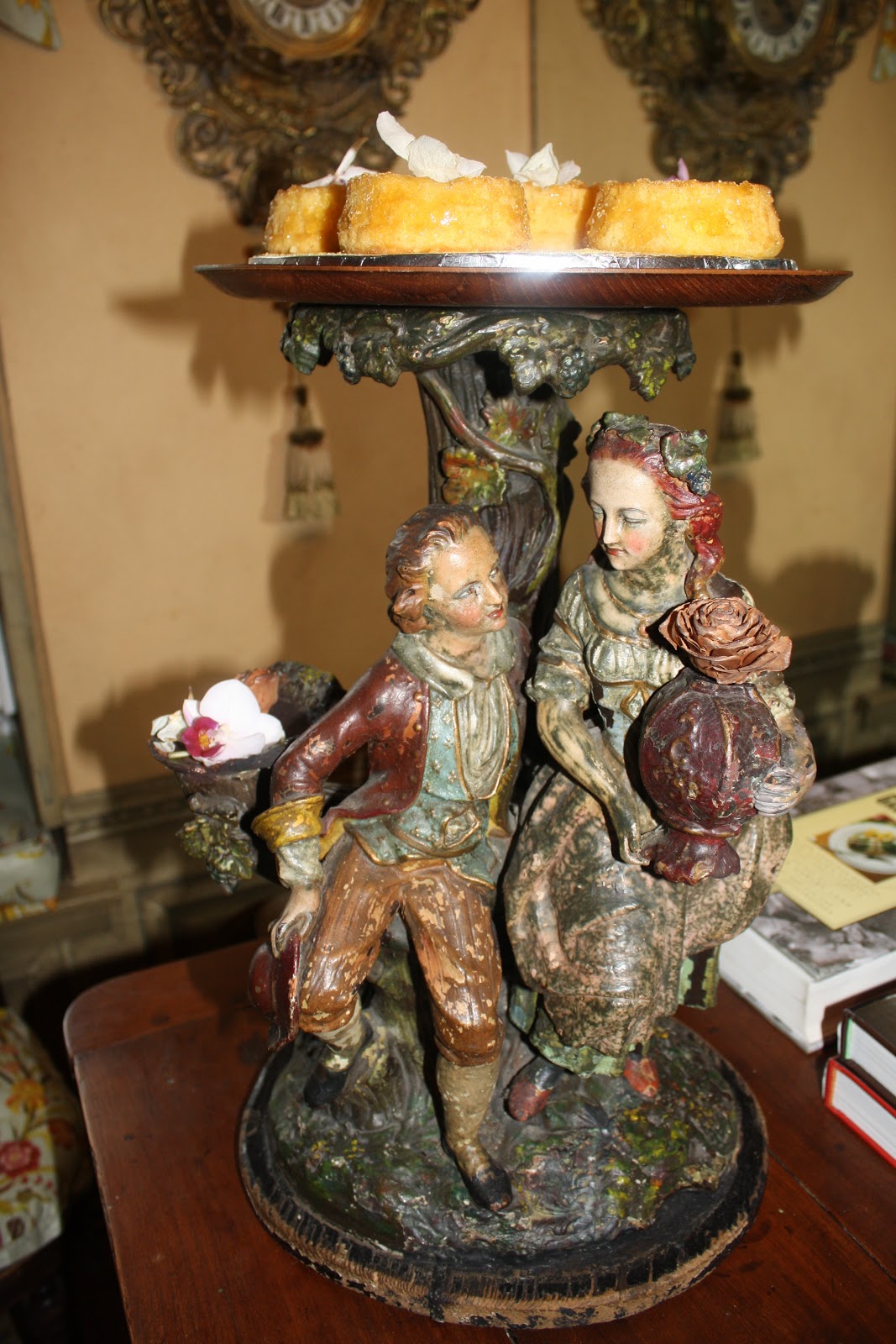 Since these delectable little lemon posset shortcakes only beckon sweetly, how would one know that they are actually approaching the sublime?
As Rose says about her enlightening experience with Ann Bridges at Restaurant Alma, the lemon posset offers a "pure and clean flavor." It is a "soft lemon cream . . . that relies  entirely on the acidity of the Meyer lemon juice to set the cream" (p. 111).

I am not so naive as to disbelieve Roses's observations. I never cease to admire her expertise and choices. Therefore, I looked forward to another delightful experience of learning to create what she had so beautifully described. I was not disappointed. 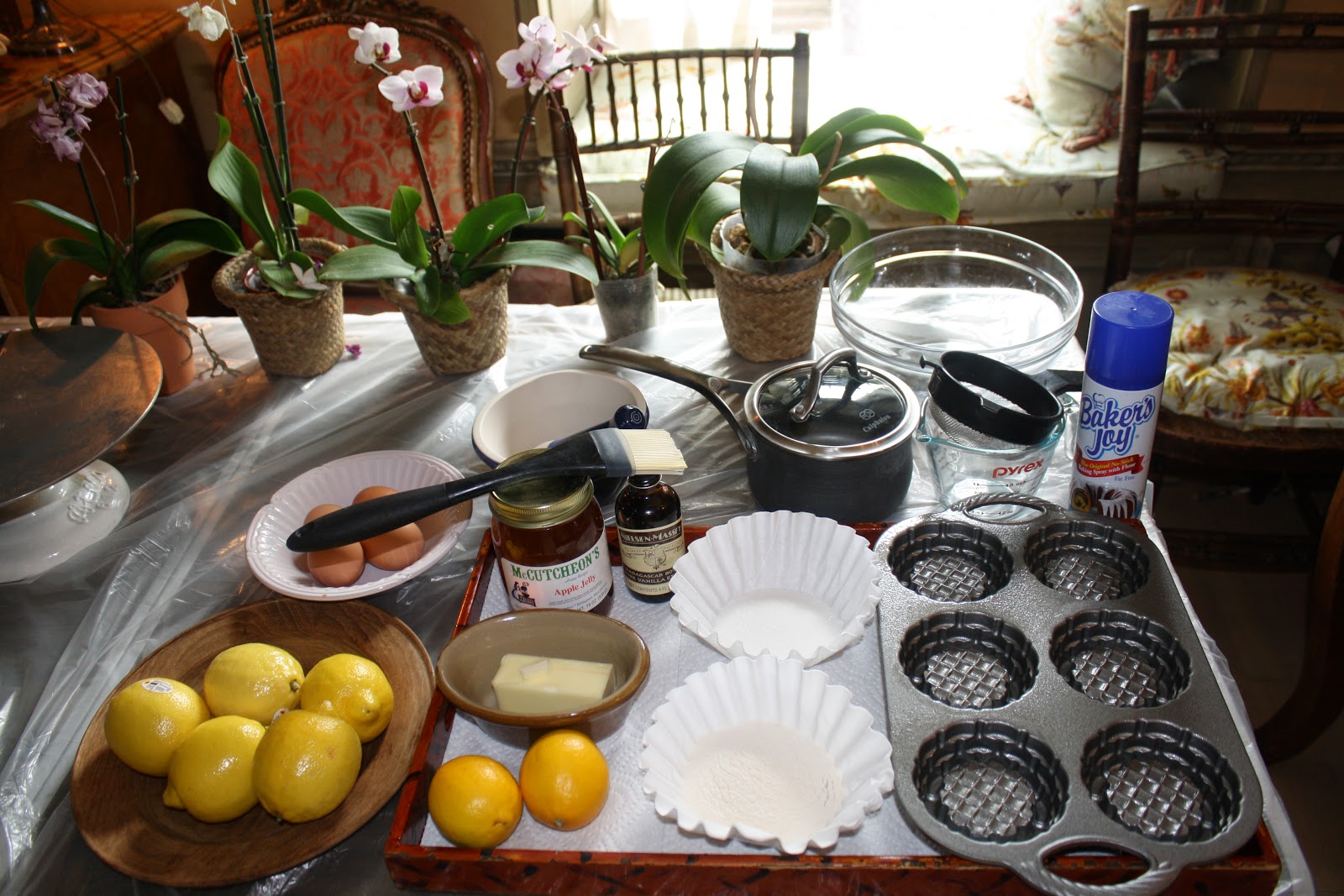 The mis en place was simple. 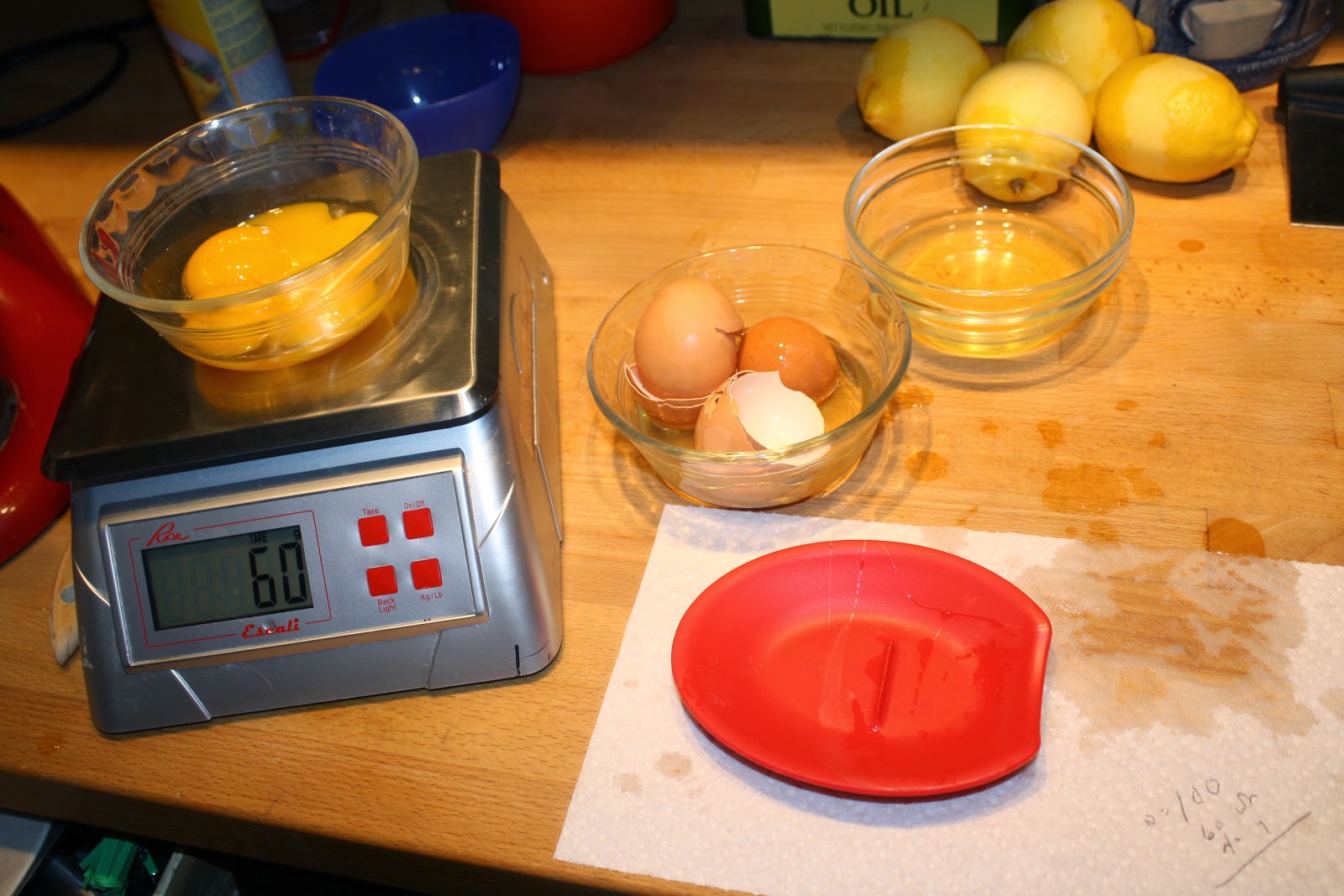 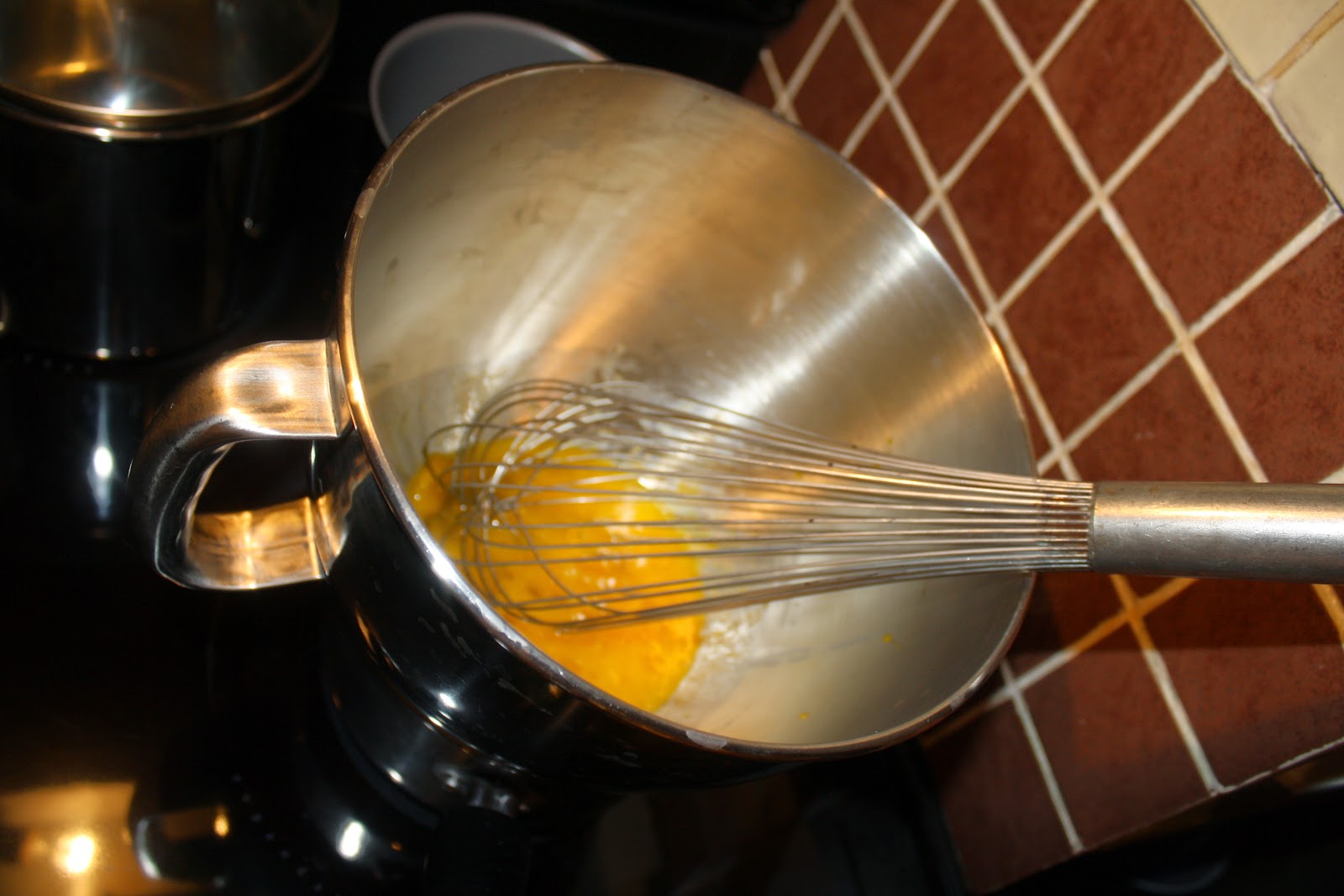 The beurre noisette for that extra 'je ne sais quoi'. "Burned butter" as Hector calls it. And wonderful vanilla. As usual I found myself wondering which takes longer, beurre noisette or lemon curd. 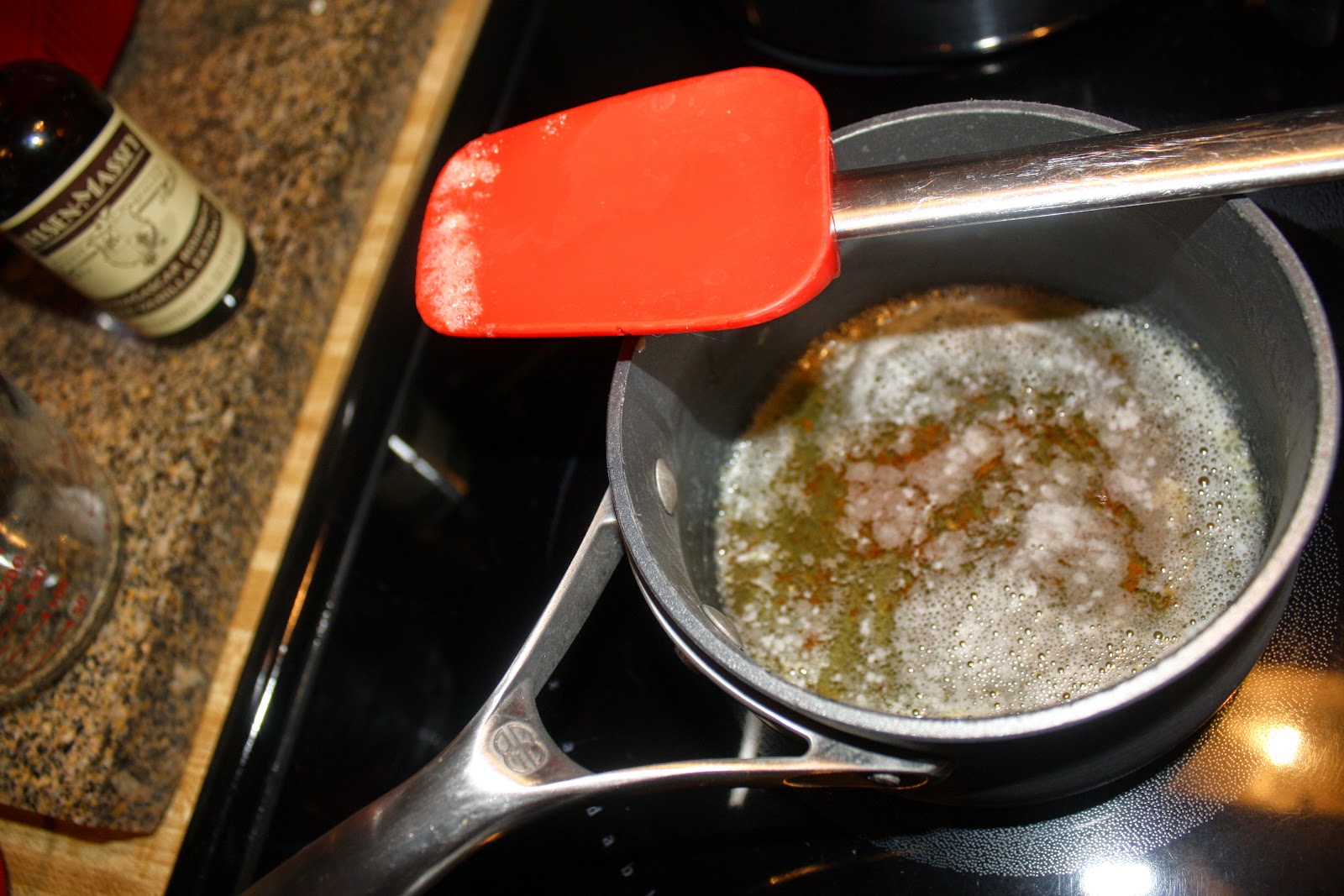 The design of the Marianne pan is delightful. I have had it since RHB. However, I think I did not put enough Baker's Joy into its crevices, and this possibly caused my little cakes want to stick and then be crumbly. I do intend to acquire the larger size of the Marianne pan in order to have more support for the distinctive basket-weave on the cakes. In this case there are two layers of syrup/glaze that would diminish the sharpness of the design anyway. The cakes have wonderful lightness, and flavor. 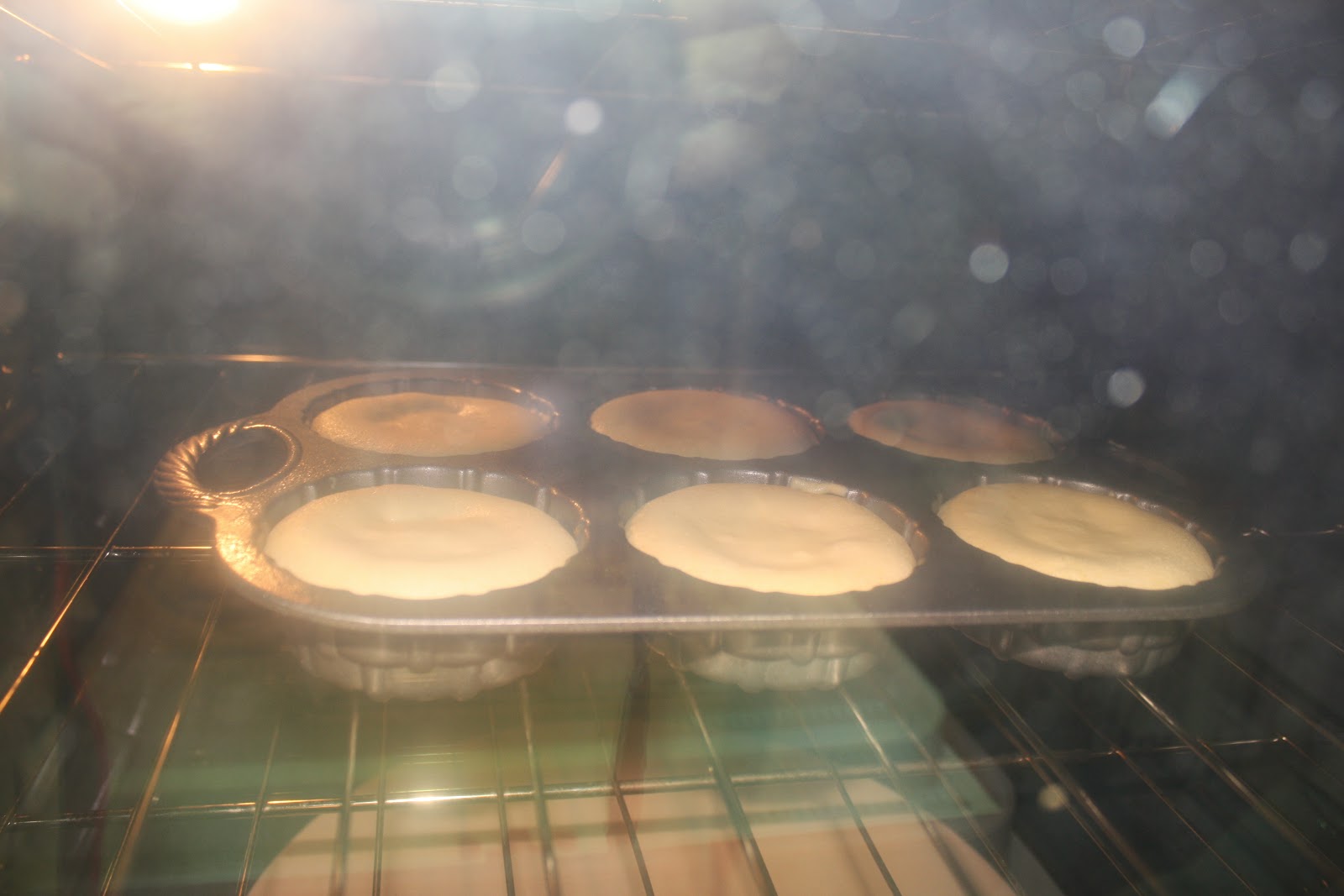 I now recall that I laid out the mis en place and baked the cakes the night before I completed the balance of this recipe. Is that why they are crumbly? They had plastic on them~

The next evening - the ahead less planned --

Rose had cautioned: Plan ahead. Okay. I have a tendency to say Okay to Rose, and then not to look beyond her caution to reality. And so:

The next evening, after work, I began the preparation of the lemon syrup, apple glaze, and the posset. This whole procedure turned out to be rather tedious in that there were 3 hours between the lemon syruping of the cakes and the apple glazing; and then 30 minutes after the apple glazing. I had a small cake casualty, so I shored it up with a toothpick, later filled it with posset - and ate it. 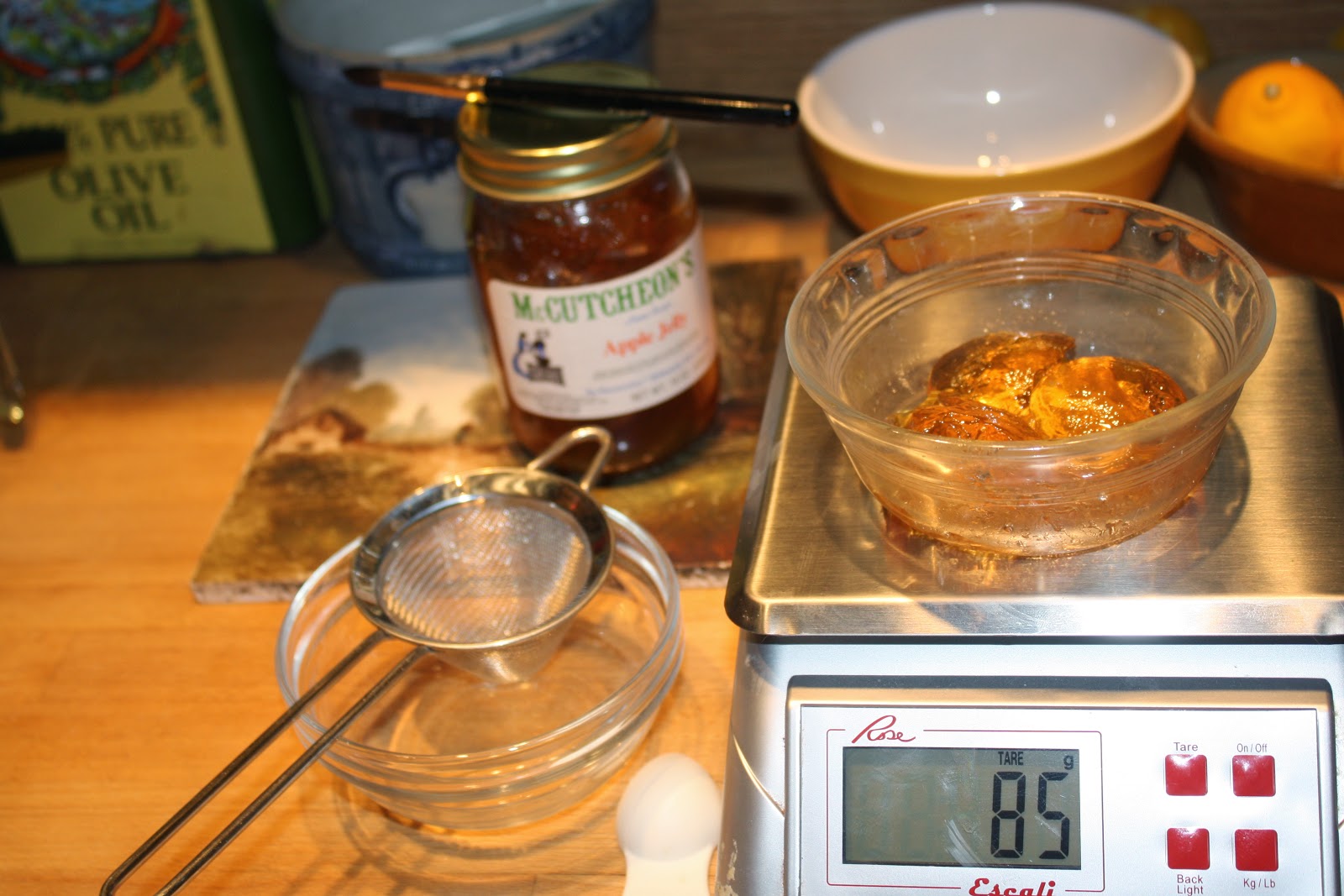 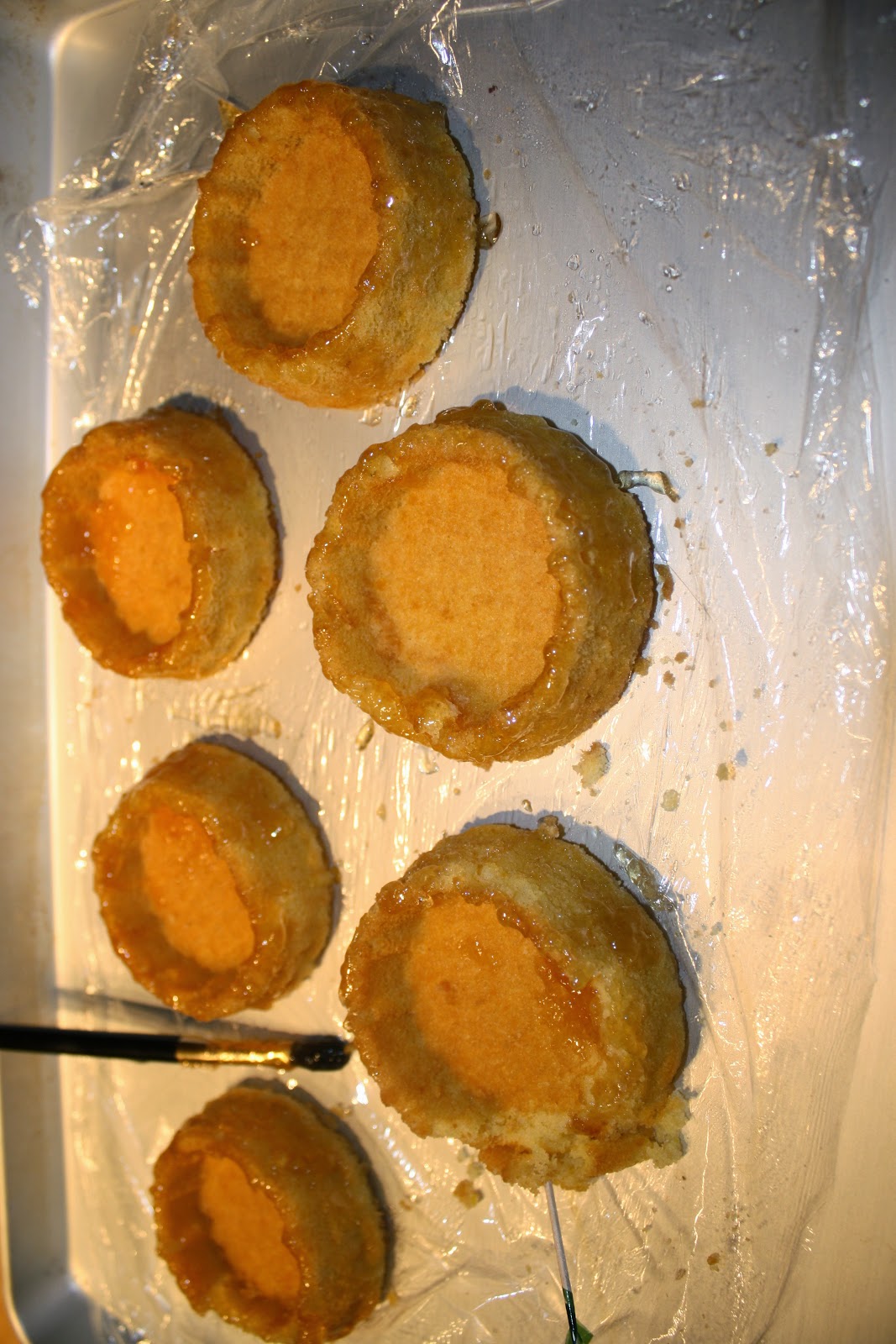 Meanwhile the posset was made, and then it required 3-4 hours of refrigeration to set up. 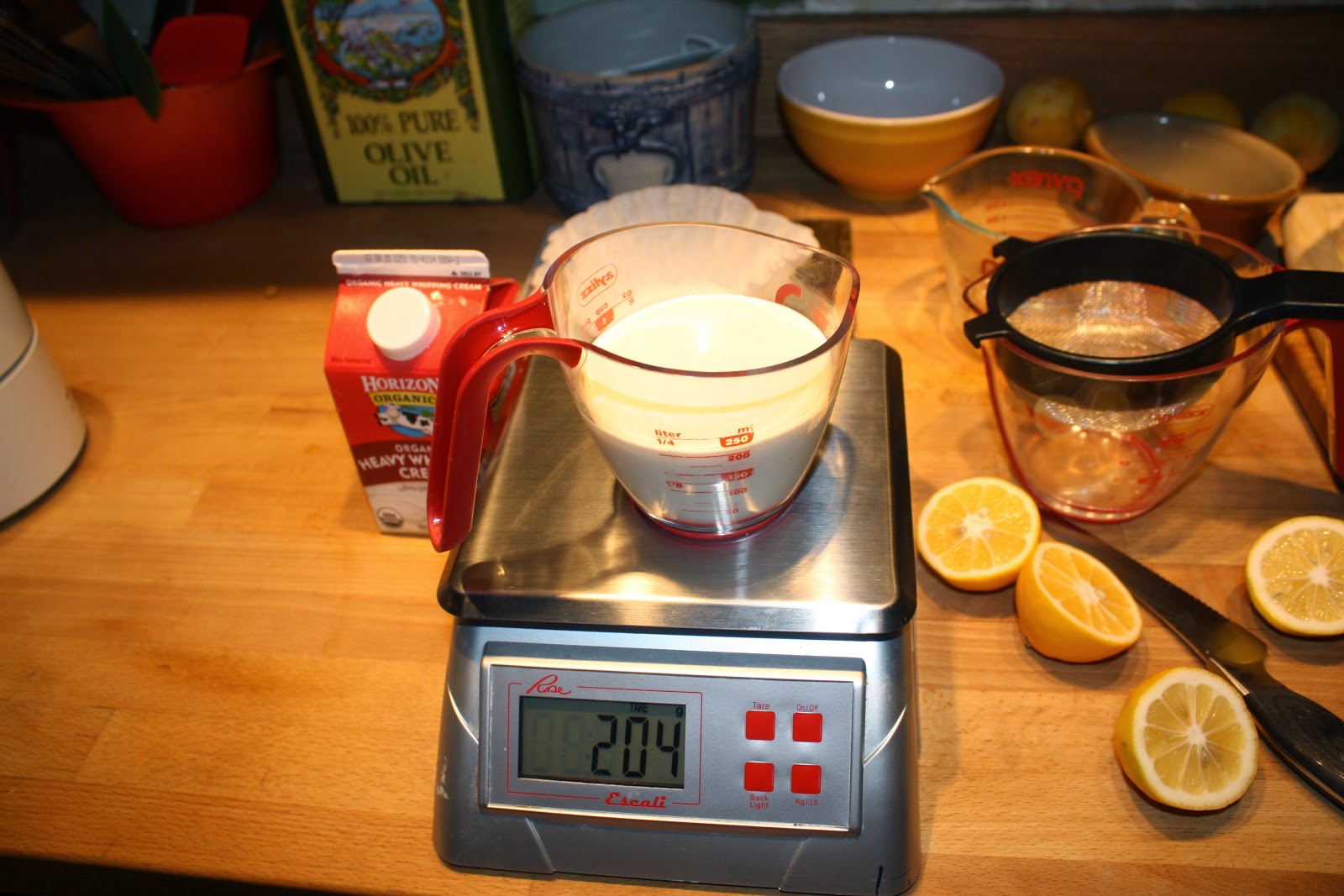 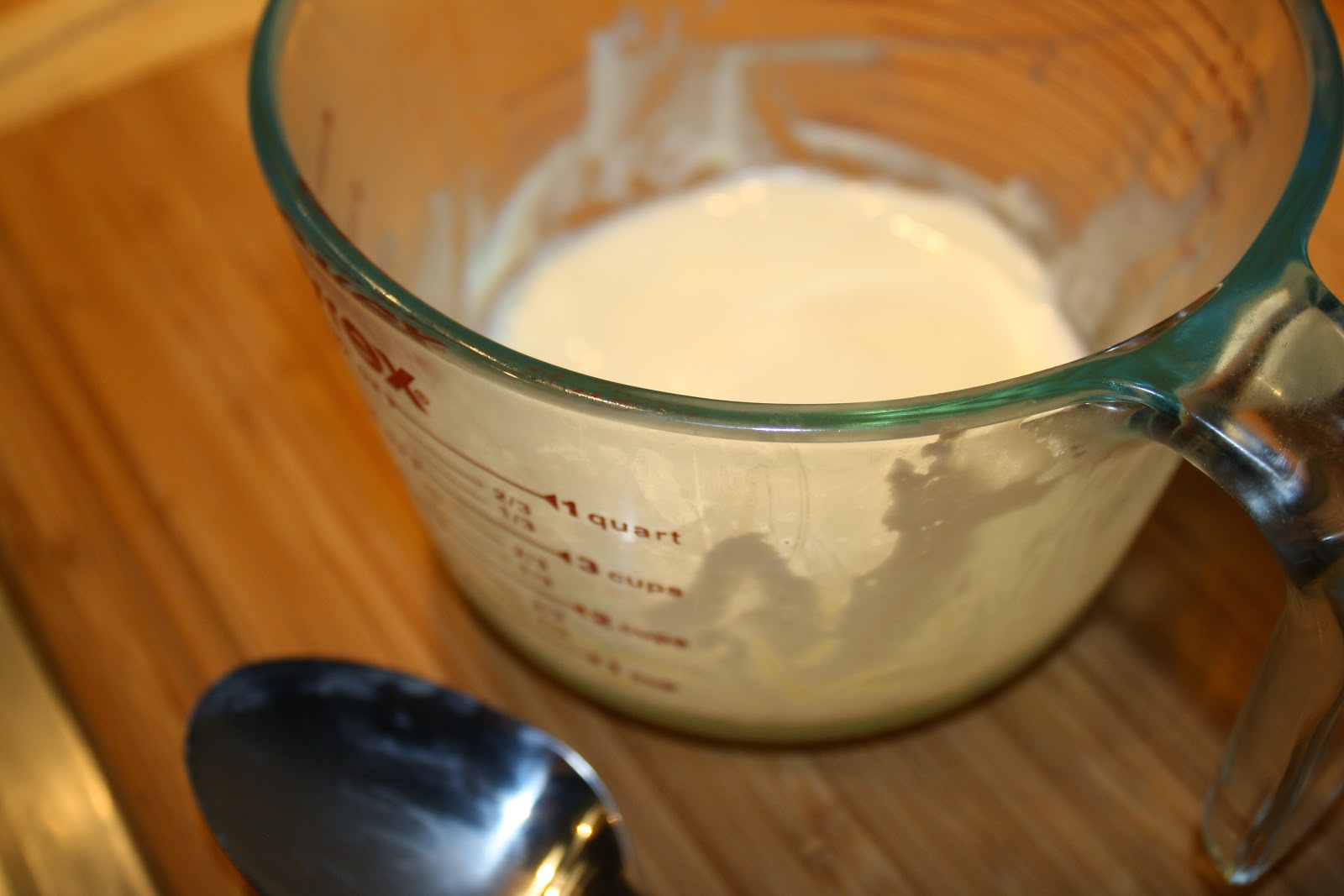 And then, allowing 1 hour after placing the first layer of posset in the cavities of the cakes, add the second layer and wait at least 2 more hours to set the second layer. Finally, at that time, I simply set the completed cakes into a domed cake carrier and refrigerated them. Decidedly, it would have been smarter to do all the 'time-outs' during the day when extra time could be put to better use than trying to stay awake until 0430. 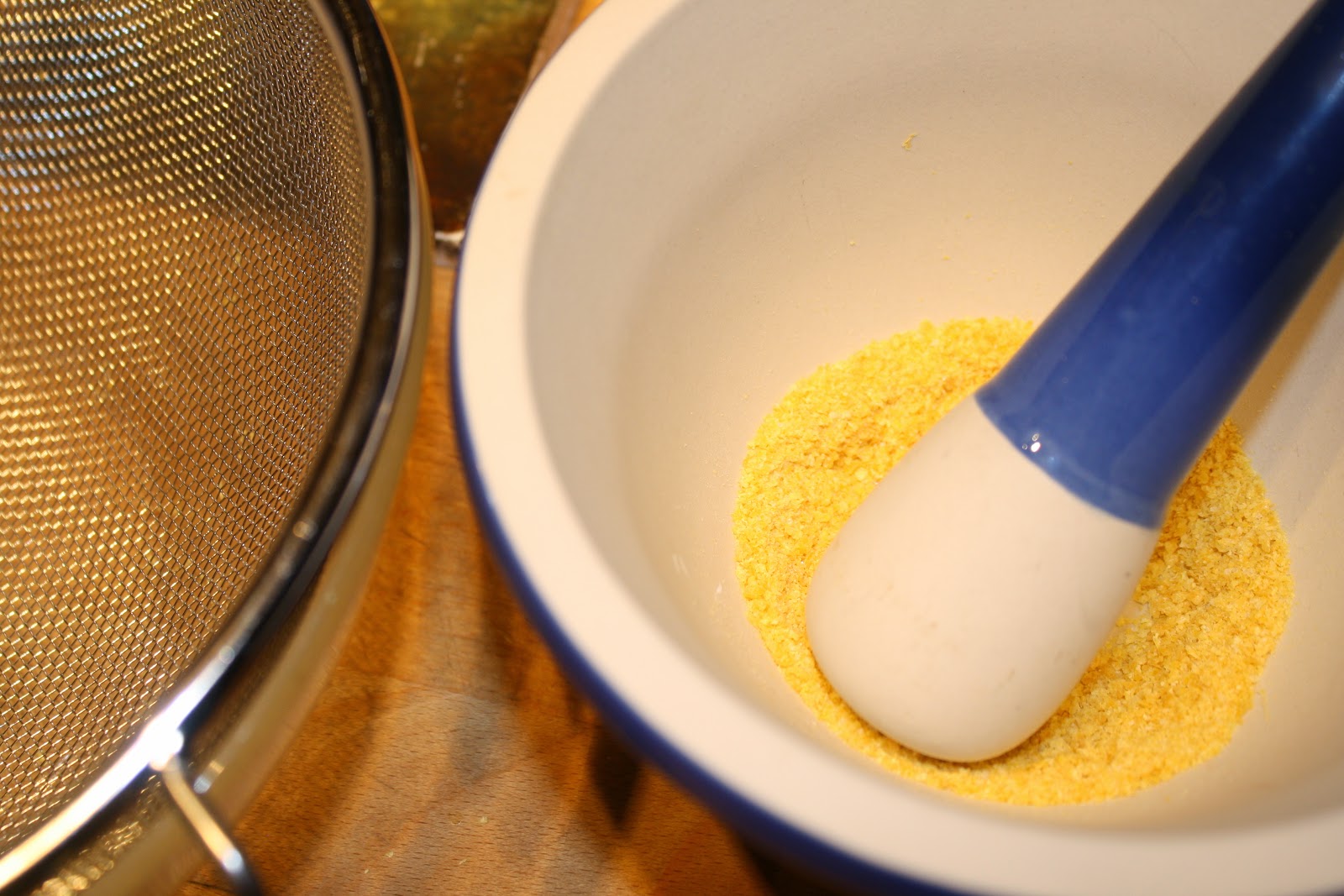 I had zested the lemons, rubbed the zest in sugar, and left it for a day on a plate in the oven with the light on. Perfect. Then I ground it in a mortar and pestle, sieving it three times. It was like lemony faerie dust, and I sprinkled it all over the cakes and the serving plates. 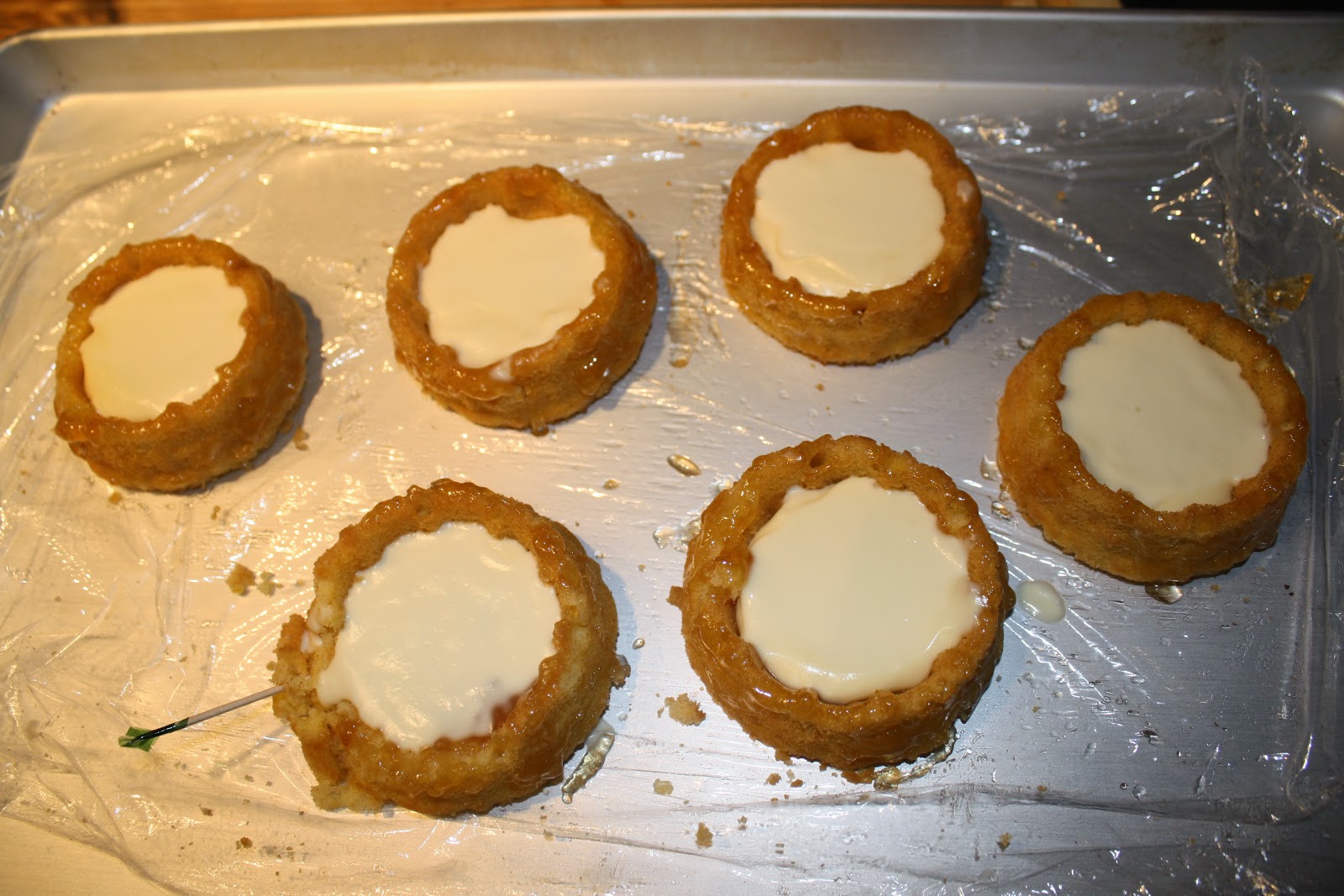 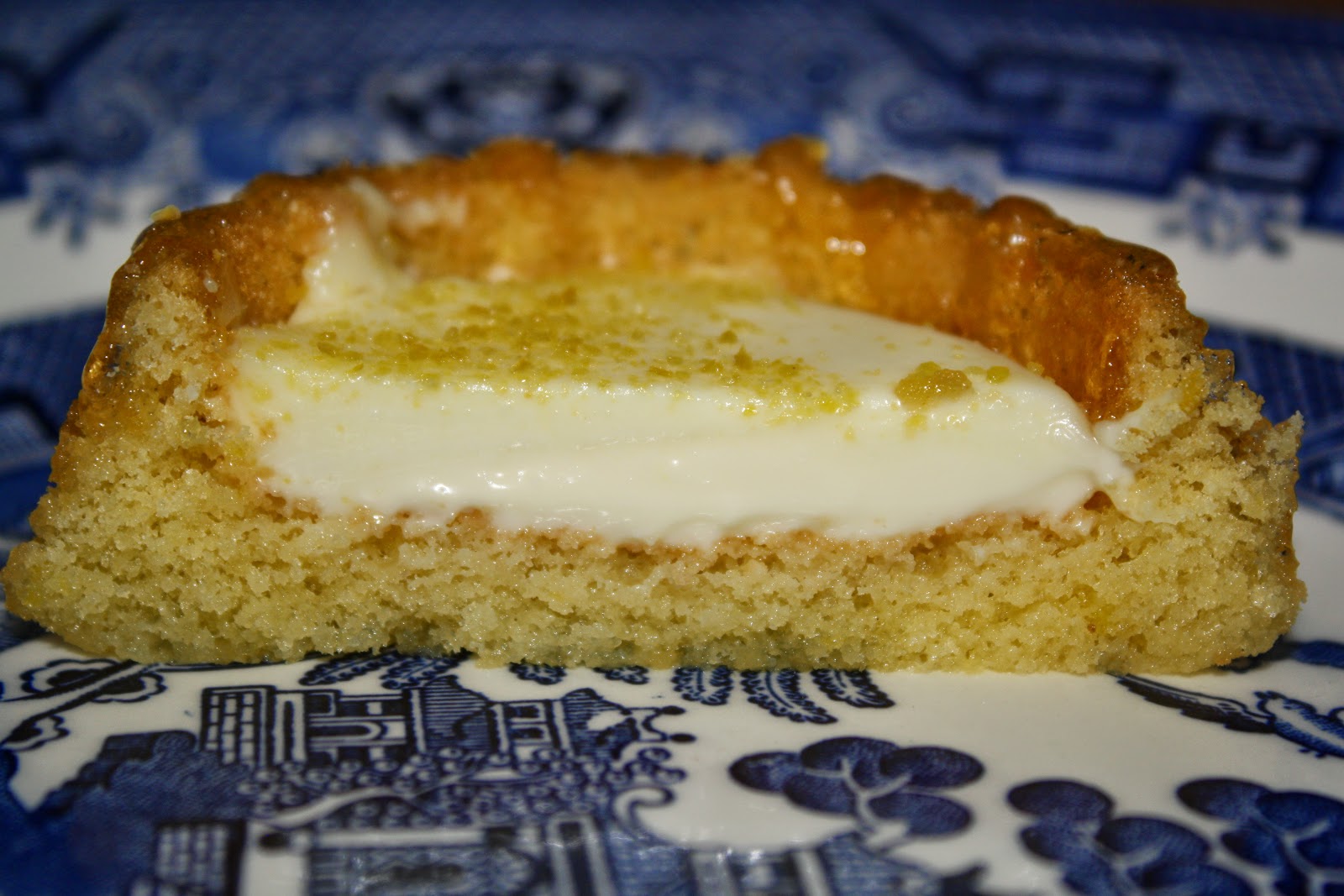 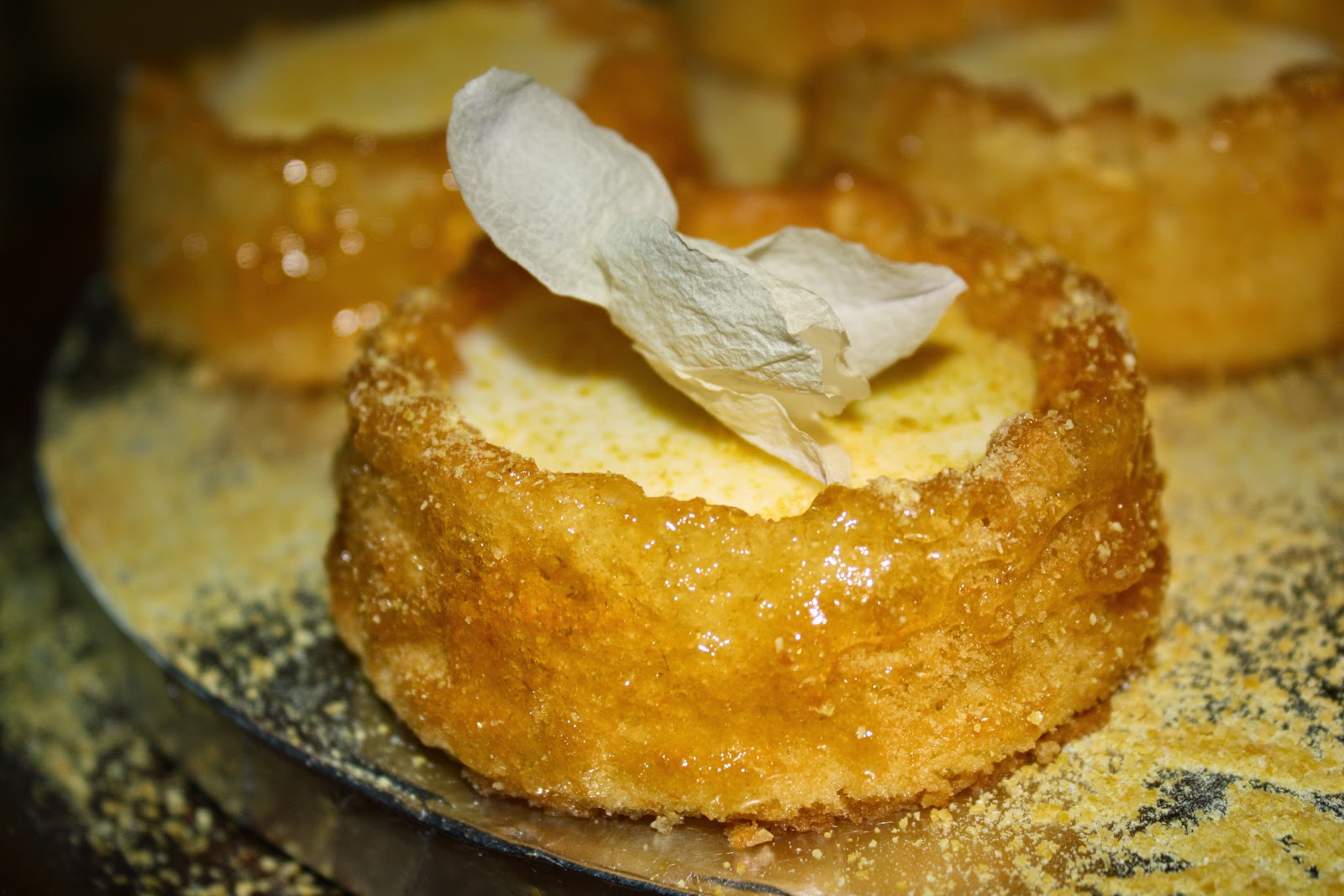 At this morning's gathering, I smiled as I watched the small ladies group fairly swoon before my eyes after a taste of the lemon posset shortcakes! Although the cakes had a somewhat disheveled appearance they did look happily apple-sticky-glazed and who could resist that? The ladies were intrigued by the combination of the apple glaze and the lemon syrup, and enchanted by the creamy posset with the inflection of the Myer lemon that adds such a special clear note. I had enjoyed mine with the casualty earlier in the morning, of course.

Note to self: It would be more sensible next time to make a triple recipe of these fantasticated cakes.
Note to self: Listen to Rose. 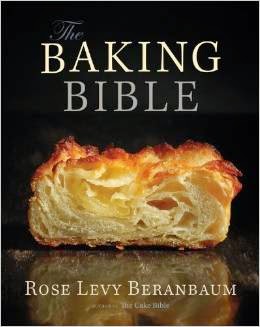